La Tempestad, directed by Silvia Márquez, will present the program “Vivaldi Natura: The Four Seasons”, which will be soloist with violinist Pablo Suárez Calero.

A small goldfinch and the night complete the picture, with Guillermo Peñalver on the flute. The four seasons, Il Gardellino and La Notte: concerts for solo instrument and orchestra; an explosion of nature and virtuosity, and the mastery of “drawing with music”.

Nuria Espert adapts and gives voice to the sonnets that inspired “The Four Seasons”, drawn from those that precede each of the stations in the Michel-Charles Le Cène edition of Il Cimento dell’Armonia e dell’Inventione, Op. 8 (Amsterdam, 1723-1725). 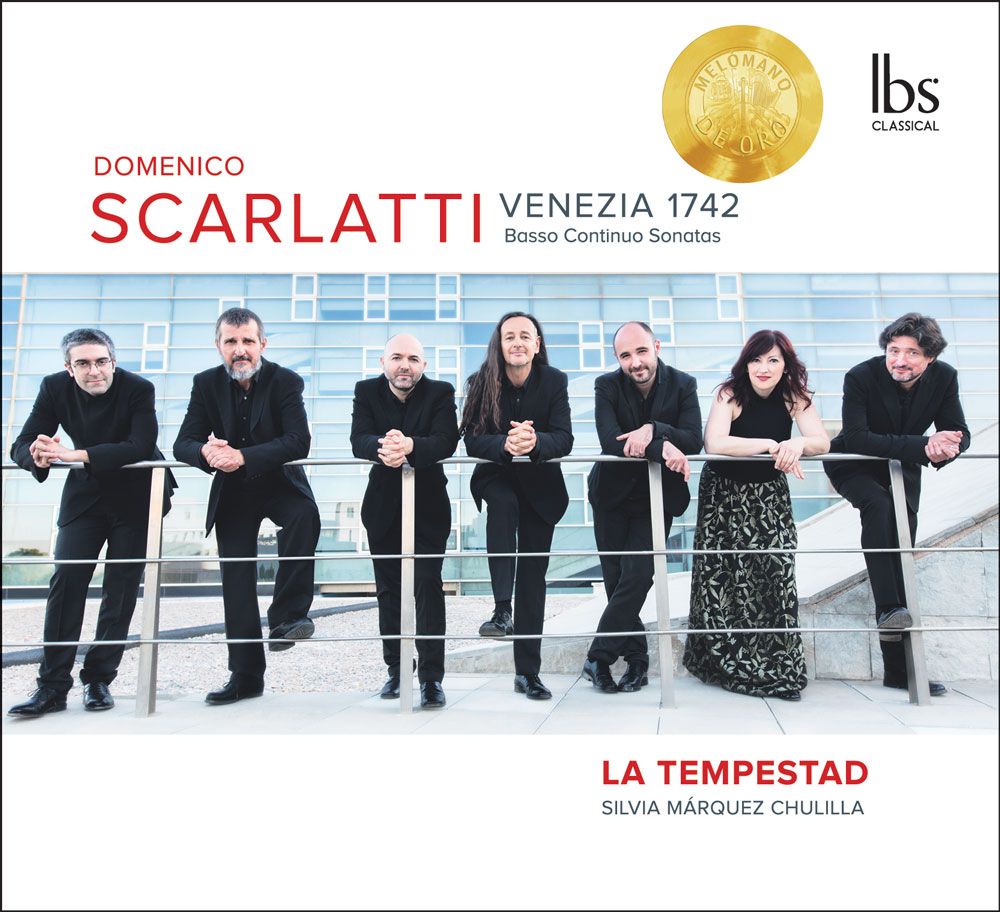 Following in the footsteps of his father and mentor, Domenico Scarlatti was a harpsichordist and composer of an extensive corpus of sonatas. Venezia 1742 collects some of those he created after the peninsula change, working as a music teacher for María Bárbara de Braganza, in Portugal, and later in the Bourbon court.

Note the important musicological work done. The sonatas recorded here have particular features that are new to what Scarlatti had been doing. Mainly in the writing of the score, apparently for the key – as was usual in it – but with few indications of encryption in the continuum and some positions practically impossible for the right hand and, nevertheless, perfectly feasible on the violin or on Mandolin, very popular in Italy. This suggests that they were works intended for a small set of instruments, and that is what we find here.

The arrangements are smart and successful. We can find alternation of instruments and dialogues between violin and traverse, as in the Sonata in Mi minor K. 81, respecting the principle of contrast and variety.

In the continuous bass different densities have been achieved. Sometimes the key sounds alone, while in others the double bass and the cello are added to create a powerful and large sensation, supporting the dynamic effects of crescendo and diminuendo.

These sonatas show a structural novelty with respect to the previous ones, consisting of two to four movements. However, we are presented with the Sonata in G major K. 79 (Allegrissimo), in a single movement and for a key – as was usual in the composer -, interpreted masterfully by Silvia Márquez.

These sonatas, described as “archaic” by The Tempest, show us the version of a Scarlatti far from Italy, from the theater and the opera, in search of greater tranquility and creative freedom, but which in this case leaves us little works innovative in their style, perhaps because they were intended for their court students.

This website uses cookies to improve your experience while you navigate through the website. Out of these, the cookies that are categorized as necessary are stored on your browser as they are essential for the working of basic functionalities of the website. We also use third-party cookies that help us analyze and understand how you use this website. These cookies will be stored in your browser only with your consent. You also have the option to opt-out of these cookies. But opting out of some of these cookies may affect your browsing experience.
Necessary Always Enabled

Any cookies that may not be particularly necessary for the website to function and is used specifically to collect user personal data via analytics, ads, other embedded contents are termed as non-necessary cookies. It is mandatory to procure user consent prior to running these cookies on your website.