The Tempest, directed by Silvia Márquez, will present the program “Vivaldi Natura: The Four Seasons”, which will be soloist with violinist Pablo Suárez Calero.

A small goldfinch and the night complete the picture, with Guillermo Peñalver on the flute. The four seasons, Il Gardellino and La Notte: concerts for solo instrument and orchestra; an explosion of nature and virtuosity, and the mastery of “drawing with music”.

Nuria Espert adapts and gives voice to the sonnets that inspired “The Four Seasons”, drawn from those that precede each of the stations in the Michel-Charles Le Cène edition of Il Cimento dell’Armonia e dell’Inventione, Op. 8 (Amsterdam, 1723-1725). 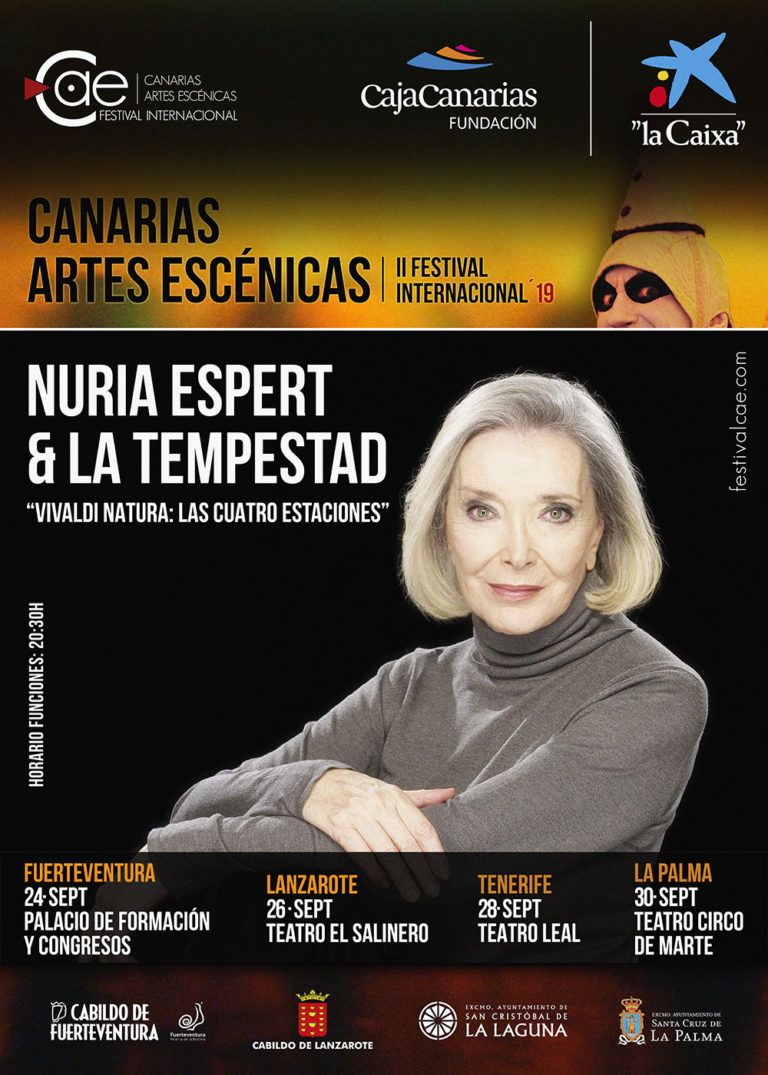 The CajaCanarias Foundation and La Caixa presented this Friday the programming of the second edition of the International Canary Islands Performing Arts Festival (CAE), an initiative that both entities will develop throughout the months of September, October and November in different theatrical spaces of Tenerife , Lanzarote, La Palma and Fuerteventura.

For the occasion, CAE will again have the presence of first-class international companies that stand out for their excellence, a term referred to by the artistic director of the festival, Juan José Afonso, during the press conference, as one of the principles by the This new edition is governed, as well as bringing young people closer and thus “creating new audiences.”

In addition, as a sign of growth of the festival this year, the island of Lanzarote is added to accommodate the different representations that make up the program, said Alberto Delgado, president of the CajaCanarias Foundation, which calls for efforts to continue giving access to Society to the performing arts.

The 2019 CAE Festival will take place between September 14 and November 16, through 13 performances held by the Nuria Espert & La Tempestad companies; A Red Poyo, The Crazy Opera; Titirtitran Theater, and Theater Tol, which inaugurates the program Pedaling to the sky, with free admission to the Dock of the Plains of the capital of Tenerife.

As a prelude to theatrical activity and as a novelty in this edition, on September 5 and 12, the CAE Encounters will be developed, designed to foster, through dialogues among the invited artists, the interest in the performing arts of the general public.

Juan Ramón Fuertes, territorial director of CaixaBank in the Canary Islands, an entity that together with the CajaCanarias Foundation presents this festival, stressed at the press conference that these meetings are necessary to “reflect, debate and talk” of the ins and outs of the art scene in general as a way of “changing presents and building futures” dictated by the entity’s motto.

Thus, three protagonists of the national artistic scene, such as the artists Emilio Gutiérrez Caba, Javier Gurruchaga and Mario Gas, will be in charge of bringing their own experience within the artistic world to the public at these meetings, which will take place in the CajaCanarias Cultural Space , with free admission until full capacity is reached.