The music of Vivaldi and what his universal work transmits The four seasons long dazzled the veteran Catalan actress Nuria Espert (Hospitalet de Llobregat, 1935), who did not hesitate to accept the proposal made by the prestigious classical music orchestra La Tempest to be part of the show Vivaldi Natura: The four seasons, which runs through four of the Canary Islands on the occasion of the Canary Islands Performing Arts Festival (CAE) .

The role of this lady of the Spanish scene in the assembly, which will perform tomorrow in the theater Loyal de La Laguna and on Monday, September 30, at the Teatro Circo de Marte in Santa Cruz de La Palma, consists in declaring the sonnets that Vivaldi wrote and then led to the pentagram to give life to the four seasons, four concerts for violin which represent the four climatic seasons of the year each day more blurred. 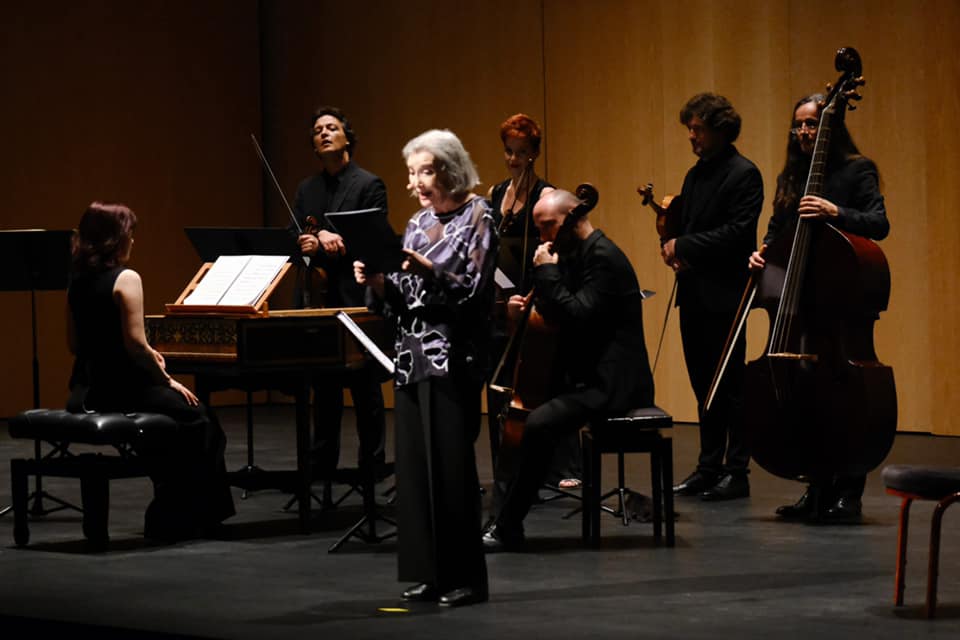 “Vivaldi wrote four sonnets, one for each season, spring, summer, autumn and winter. It seems that this was what inspired the melody, not the other way around. He did not write the sonnets after he wrote the magic music, but the opposite “, clarified the interpreter, before highlighting the quality of the orchestra that dresses her, The Tempest.

“It is a magnificent orchestra. It plays the melodies and I recite the sonnets that give rise to the four seasons. That is the format, it is very beautiful. The orchestra is of the highest quality and the world famous music. They are of those scores on which it passes the story without leaving a speck of dust on it. The sonnets talk about the changes of nature and how they affect the human being, how their joys and their sleeplessness depend on it. The sonnets are fresh, wonderful. ”

For this admirer of the Baroque Venetian composer, the music is very beautiful and close, “she also explains it with those naive and beautiful sonnets. She talks about the boy supporting the gales beside his beloved, that the birds receive spring with Wonderful concerts showing joy. It’s very beautiful and very pure, “he refuted.

Many decades ago, Espert added his role as an actress in different scenic genres, both in theater, film and television, in addition to directing, poetic recitals dedicated to different authors true masters of universal literature.

That union of music and poetry through his voice was very productive with the musician Jordi Savall, an experience dedicated to the Spanish Golden Age and authors such as Jorge Manrique, San Juan de la Cruz, Cervantes or Quevedo.

“I have done many recitals with Jordi Savall respecting the time, his songs, that his wonderful wife sadly deceased sang. I also sang and recited the poems and Savall with the instruments accompanied all those unforgettable nights. They were a precious memory that I keep with a lot of love “, he confessed with that sincerity that grants the experience.

He also experienced this stage format with Rafael Alberti in 1981, with the poetry recital entitled Aire and poetry singing from Spain at the Odeon Theater in Paris.

“There were many recitals, more than three hundred, over fifteen years in the middle of my theatrical performances all over the world. We were in New York, in Moscow …, until the last Spanish village. It was a very happy stage of my life the recitals with Rafael “.

In this sense, he commented that poetry brings him a lot as a person and an actress. “They are all branches of the same tree, the tree of culture and literature. Be next to Rafael reading his poetry, that of Lorca, that of Jorge Manrique, all the great poets in the history of mankind, you figure that contributes, a wealth for which there are no words to explain it “.

After participating in the CAE, the Catalan artist will continue with another project that she currently shares with Luis Pasqual and the Romancero gypsy of Federico García Lorca, who is very present in their trajectory. “We are touring Europe during this year. It is more than a poetic recital, a great little show.”

Asked about whether this type of assembly is more comfortable, she said that “I do not choose to do something based on its ease, it is chosen because a very large project, which was Fire with Mario Gas, has been completed, and now I fancy purer poetry and close and then something else will appear and we will continue with another function, another director, another company. That is our life. ”

Regarding the current situation of the theater, he said that “everything will depend on where we take our country, what case we do to culture, what new man and woman we want to have in Spain, what image we want to leave in this 21st century If they are going to be interested in culture or more about videogames. It is not known. A new world is being created that goes much faster than us. ”