Restless and enthusiastic, she is presently one of the most versatile and active performers. A specialist in historical keyboards, she feels equally comfortable on harpsichord, organ, or fortepiano.

Born in Zaragoza, she won First Prize for both Harpsichord and Organ in 1996 at the Young Music Performers’ Permanent Contest. From that point on, awards and acknowledgements followed: Special Jury Prize for the best historical performance and an Honorable Mention at the 1999 Spring International Contest in Prague, an Honorable Mention at the 2001 Bruges Harpsichord International Contest (Belgium), among others. She was a member of the 2001 European Union Baroque Orchestra, performing in France, Germany, England, the Netherlands, Belgium, Italy, Spain, Hungary and China, under conductors Roy Goodman, Andrew Manze, Alfredo Bernardini and Edward Higginbottom.

She has performed in Spain, France, Germany, Ireland, Switzerland, The Netherlands, Italy, Croatia, Andorra, Austria, Slovakia, Estonia, Portugal, Bolivia and Panamá, and for the last few years she has been invited to be a member of the jury in numerous competitions. She widely performs as a soloist, chamber musician, and orchestral player with such conductors as Fabio Biondi, Giuliano Carmignola and Paul Goodwin, among others. She has appeared as a soloist with the Orquesta de Cámara Española, Orquesta Sinfónica de la Región de Murcia, Soloists Orquesta Barroca de Sevilla, Grupo Enigma and others, and she regularly performs with early music ensemble Forma Antiqva.

A number of her concerts have been recorded and broadcast by RNE2, RTVE, BBC, RTL and Czech Radio. Her recordings include discs of music by A. Vivaldi (Warner 2004), D. Scarlatti and Haendel (MAA 2007), C. P. E. Bach (Arsis 2009) and L. Boccherini (alongside harpsichordist Alfonso Sebastián).

Her first solo release, “Chaconnerie” (IBS 2018), is an exciting and unusual journey through the chaconas for keyboard from the 16th century to our days, and includes Roberto Sierra’s Montuno,  composed for her and nominated to the Latin Grammy Awards 2018.

At  present she is an IBS Classical artist.

“The absolute silence in which the room was kept during her performance became a passionate applause at the end of it.”

Nevertheless, she focuses predominantly on conducting her own group, La Tempestad, founded in 2000, performing at the most important early music festivals and whose acclaimed discs of the premiere recording of Joseph Haydn’s 12 London Symphonies in the arrangements of Johann Peter Salomon, and Mozart Infrecuente attest to their research in this field. A recent release, Iberian Harpsichord Concertos (IBS Classical 2017), with the first Iberian concertos writen for the keyboard (M. Narro, J. Palomino, G. B. Pergolesi), is a world premiere.

La Tempestad was awarded two prizes for the best Classical Ensemble and best Director (Silvia Márquez) by GEMA (Spanish Early Music Groups Association) in 2015, and both prices again in 2018. The ensemble was the winner of FestClásica Early Music Network 2016.

Equally passionate about music of the 20th and 21st centuries, during her stay in The Netherlands she specifically worked on contemporary repertoire with harpsichordist Annelie de Man, with whom she recorded music for two harpsichords by Roderik de Man (Attacca 1999). She has premiered works by various composers from Spain and abroad, both for soloist (R. de Man, A. Strootman, L. Grant, I. Ribas, A. Bernal, R. Sierra) and chamber ensemble (she performed the premiere in Spain –Auditorio Nacional– of Concerto Nocturnal by Roberto Sierra). 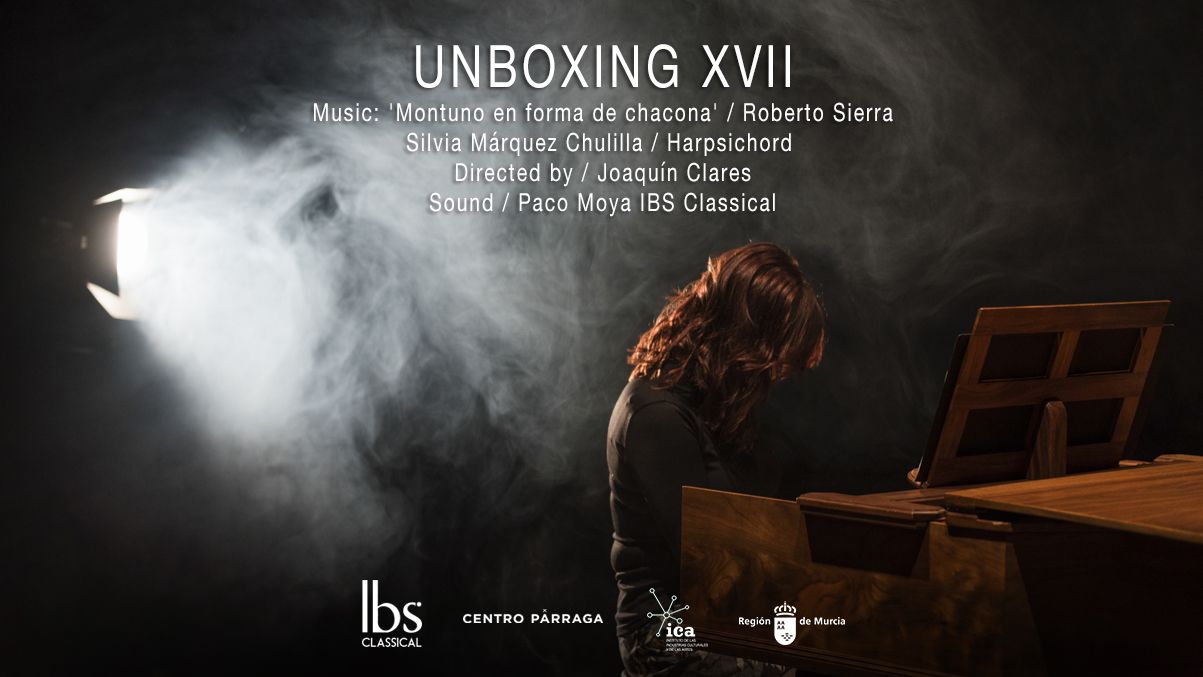 Her last project, focused on Spanish 20th century music for harpsichord, has led her to receive the Leonardo Grant 2017 for Researchers and Cultural Creators, BBVA Foundation.

Silvia Márquez completed her degrees on Harpsichord and Organ in her birth place under the guidance of J. L. González Uriol. Awarded a scholarship by the Spanish Ministry of Foreign Affairs and the Dutch government, she went on to further her studies at Amsterdam’s Sweelinck Conservatorium and at The Hague’s Royal Conservatory, where she studied Harpsichord (Jacques Ogg and Menno van Delft), Organ (Jacques van Oortmerssen) and Fortepiano (Stanley Hoogland). On the organ, the teachings of Montserrat Torrent were relevant for her, as was, in a wider field, the guidance of Gustav Leonhardt, Jesper Christensen, Jan Willen Jansen, Guy Bovet, Jon Laukvik, Christine Whiffen, Andrea Marcon, Patrick Cohen and Lars Ulrik Mortensen.

She has taken postgraduate courses at C.S.I.C. (Musicology section) in Barcelona and the University of Alcalá de Henares, while studying Art History and Musicology at various universities (Zaragoza, Granada, UAM). She holds a Master’s Degree in Cultural Management with an Extraordinary Prize from the UOC (Barcelona). 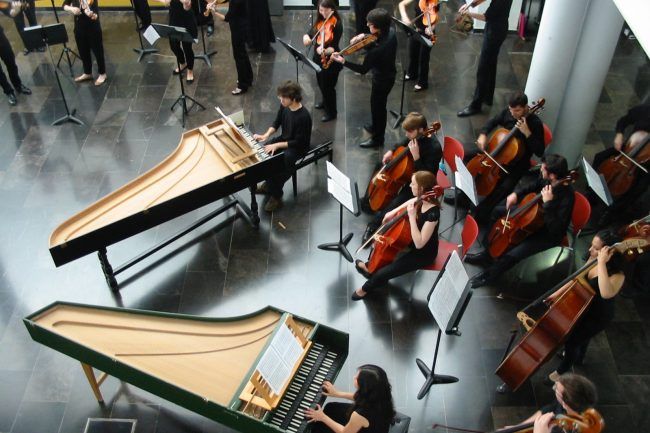 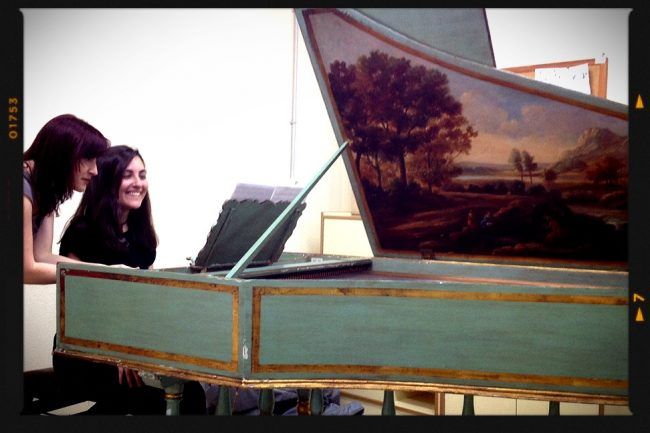 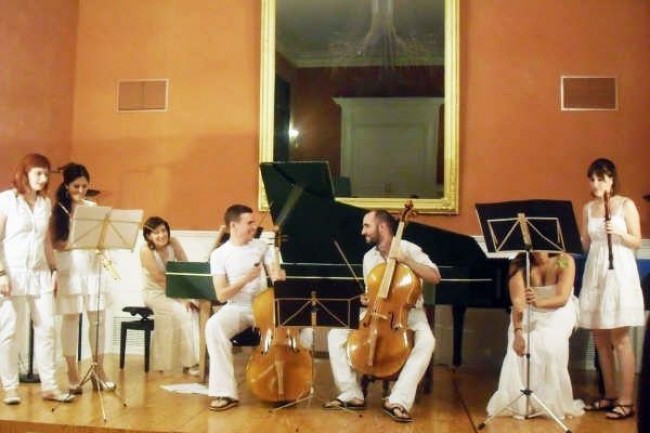 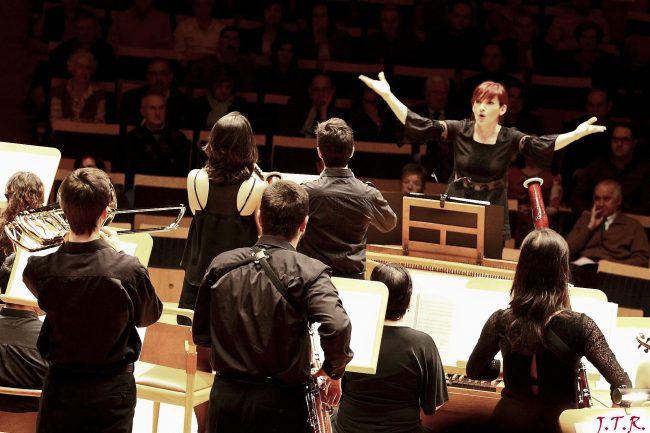 First and foremost, she is increasingly convinced that music is an act of communication, regardless of the age of the music or the instrument used for it… Together with the beauty and personality of the sound of early keyboard instruments, language and imagination are two of the favourite words forming the basis of her concert approach.

This website uses cookies to improve your experience while you navigate through the website. Out of these, the cookies that are categorized as necessary are stored on your browser as they are essential for the working of basic functionalities of the website. We also use third-party cookies that help us analyze and understand how you use this website. These cookies will be stored in your browser only with your consent. You also have the option to opt-out of these cookies. But opting out of some of these cookies may affect your browsing experience.
Necessary Always Enabled

Any cookies that may not be particularly necessary for the website to function and is used specifically to collect user personal data via analytics, ads, other embedded contents are termed as non-necessary cookies. It is mandatory to procure user consent prior to running these cookies on your website.