WARNING: This is not your father’s or grandfather’s harpsichord album
Lynn René Bayley | THE ART MUSIC LOUNGE

WARNING: This is not your father’s or grandfather’s harpsichord album. There are no regular rhythms and pretty tunes her à la Couperin, Rameau, Handel or Bach. In fact the first piece, Tomás Marco’s Herbania, almost sounds like an air raid siren when it starts up. The music is edgy, percussive, and stays in one key (A major) for more than a minute before finally starting to move around harmonically. And when it does, it gets edgier, not quieter or simpler. Yet Marco has written a real composition here, not just a “shock” piece like so many modern composers. Eventually the music calms down a bit (around 2:25) in tempo but does not lose its edge, and by 3:10 the edgy rhythms return for the finale. 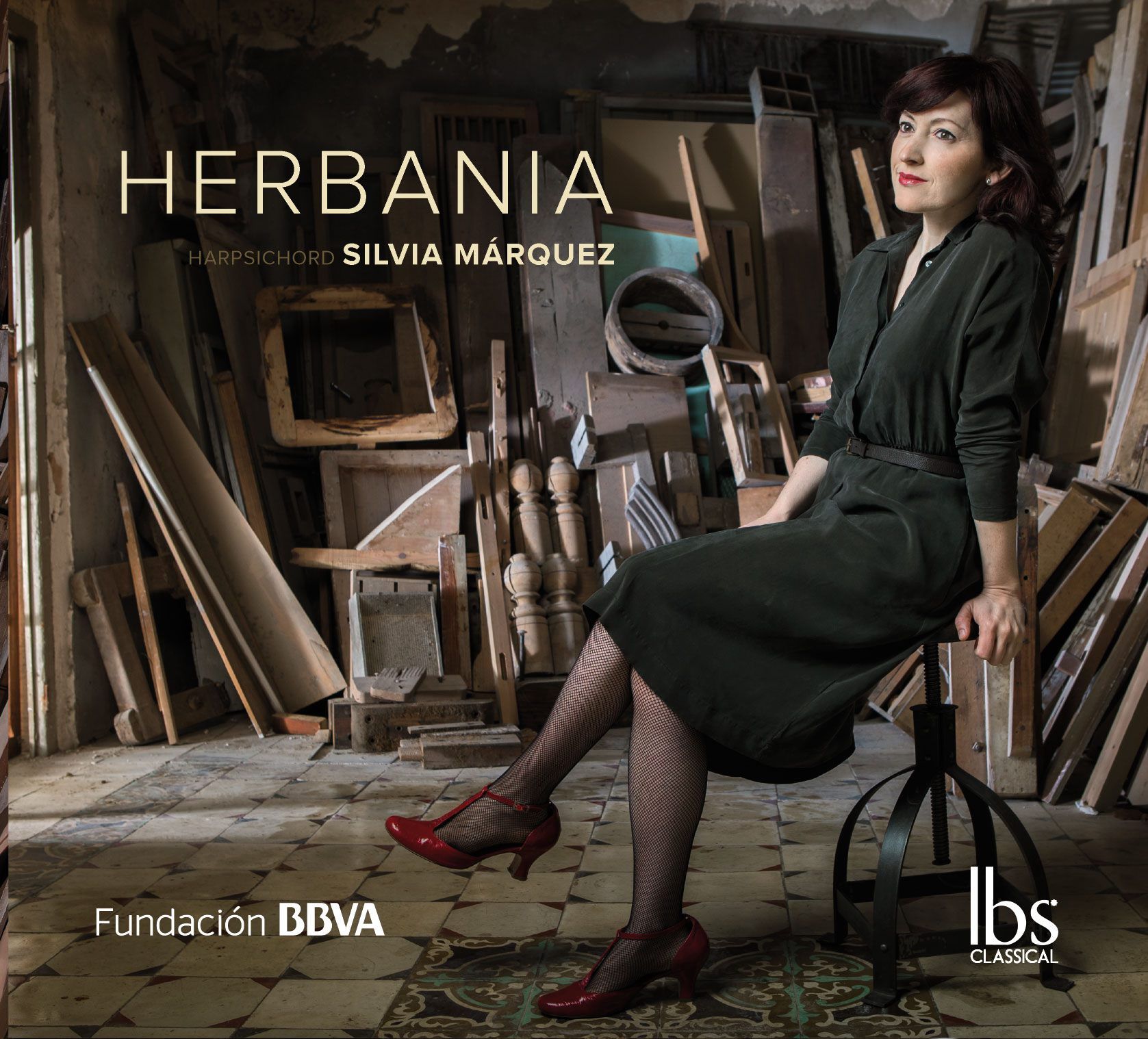 We back off a bit with Joaquin Rodrigo’s Préludio et Ritornello. This is music with more grace and less edge than Marco’s piece, yet you can tell that it’s a 20th-century work and not an 18th-century one. There are just too many unusual chord positions in the harmony that lead the upper voices in unusual directions, including one passage with rising chromatics. The “Ritornello” section sounds something like its 18th-century counterpart, but with harder attacks on the keyboard, sharper rhythms and, again, passages of chromatic or bitonal harmonic movement.

The Preludi of Joaquim Homs (1906-2003) returns us to bizarre melodic and harmonic realms. The asymmetric melody also includes odd pauses and stops, which disorient the listener further. Busy keyboard trills occupy the middle section, followed by extended diminished chords moving chromatically up and down the keyboard before another pause, after which a few single bass notes lead us into a slower passage with more crushed chords.

The Due Essercizi are by José Luis Turina, the grandson of the much more famous Joaquin. As mentioned in the liner notes, “The [praeludium] unfolds the chords as if they were an uncertainly, in the style of Louis Couperin’s preludes non measures,” yet it is exactly this pace that entices the listener. No such relaxation is in the “Sonata,” however; this is all bustle and bitonal energy, almost explosive in the course of 3:24.

The way Joan Maria Thomás (1896-1966) voiced the opening of Le Clavecin Voyageur, a suite in five movements, he almost made the harpsichord sound like a percussion rather than like a plectrum instrument, and those loud, grandiloquent chords lead us into fast, edgy passages throughout “From London to New York.” The second piece, “Eisenach,” is more like an 18th-century piece in form, including right-hand keyboard trills, but clearly not in harmony. In “Petite Pavan à Versailles,” he made the harpsichord play with its damper pedal on throughout while again mimicking 18th-century style with 20th-century chords. But the whole suite is ingeniously written and, despite its modern bent, engaging for the listener.

Ángel Oliver Pina’s Ofrenda a Manuel de Falla is an edgy piece that moves forward in halting steps, belying the description in the booklet that “A scent of sex will reach us from the flowers, making us miss the warmth of that infatuated saliva.” I really enjoyed this piece but found nothing particularly sexy about it! Pina also uses right-hand keyboard trills and the damper pedal, though not as much as Thomás did. This is the work’s first-ever recording.

We end our survey with Palimpsestes II by José Maria Sánchez-Verdú (b. 1968), a young composer who clearly writes in an edgy, post-modern style. Although in seven movements, the piece only lasts about 13 ½ minutes since most of the movements are under two minutes and one is only 57 seconds (the last is the longest at 3:37). Nor does Sánchez-Verdú employ but one style in each movement; they all have different styles and feels to them while retaining an edgy modern sound. The sixth movement is perhaps the oddest, moving forward in a halting manner while still maintaining a sound structure, but the seventh is also unusual, alternating halting moments with dazzling keyboard runs and, again, odd moments of silence followed by slower passages.

I would be remiss if I did not offer praise to Silvia Márquez for not her technique—most modern classical performers have technique to burn—but for her wanting to champion these works and playing them with energy and commitment. And I must also give praise to IBS Classical as a label. It’s not easy, in a world where it seems as if people just want to wrap themselves in the comforting blanket of earlier music with its predictable chord changes and melodic structure. to present so many albums of modern music, particularly modern Spanish music which has little or no representation elsewhere. They are taking a huge risk with their catalogue, and I applaud them and hope that their albums sell more than enough copies for them to recoup their outlay for making them. They are heroes in a world of labels that play it safe.